Last week, I wrote a bit about the act of fandom and the role that passionate humans play in fan communities. As part of this piece, I started to think about my own role that I’ve held in various fandoms. From partaking in midnight book releases, to dressing up as book characters, my teenage years driving all style inspiration from Lily Allen, rooting on and smack talking about my favorite sports teams, concert attendees, or the themed gatherings I had held — I have partaken in plenty of fan labor, most of which just left my pockets depleted.

The rise of the internet and subsequently the rise of creator tools drastically increased the number of opportunities that fans had to participate in their respective fandoms, and connect with other fans. 24-hour cycles of creativity and connection are now possible.

These small acts of fan labor are gold mines for marketing teams — as we now have experienced the full rise of community. Marketing teams are hungry with ways that they can better connect with consumers — unfortunately, often at their own cost.

Fans participate in fan labor — creating content, media, artworks and events  as a byproduct of their passion.  However, with the rise and popularity of web 2.0 and 3.0, this fan labor is ripe for exploitation, with the original creators no longer receiving the credit, opportunities, or financial income generated from this fan labor.

Henry Jenkins wrote about interactive audiences and what it told us about the collective intelligence of media fans, breaking down just how the rise of creator tools and new forms of participation were driven by participatory culture and the Web 2.0 revolution.

He writes with a heavy hand of caution — predicting the possible exploitation of fan creators on behalf of brands and corporations. Jenkins, in many ways, wasn’t wrong. Coming from a house of Star Wars nerds — we can see how brands, even brands outside of the Star Wars family have tapped into the fandom and exploited individuals.

May the Force be with you.

While it may seem on the surface level, very innocent and trivial — Star Wars Day (May the Fourth) has become one of the most participated-in social media holidays. As TIME Magazine wrote, “the excitement is strong with this one.”

At the surface level — this can appear to be a win both for the Star Wars Franchise as well as the Star Wars Fandom, but actually — this isn’t quite the case. Fans that participate and have created items from their fan labor actually aren’t receiving the end benefit. We’re not elevating the individuals who created the amount of hype and excitement that drove brands to participate in the first place.

In fact – the original slogan May the Fourth wasn’t even originally tied to Star Wars — the slogan evolved into an act of fandom when passionate Star Wars fans (rightfully so) latched on to a congratulatory ad placed during Prime Minister Margaret Thatcher’s Conservative Party victory campaign.

“May the Fourth Be With You, Maggie. Congratulations”

Now, whether it was intentional or not — the ad was placed during a time period when Star Wars was very much on the mind of many individuals, the words were first mentioned during the 1977 Star Wars movie Episode IV: A New Hope.

Luke: "It's not impossible. I used to bullseye womp rats in my T-16 back home, they're not much bigger than two meters."

General Dodonna: "Then man your ships. And may the Force be with you."

The phrase now carries nearly one billion search results coming up in Google. There's no wonder why brands want to tap into this trend every year. Know Your Meme documents the rise of this phrase and how brands (and individuals) have tapped into this phrase for years to come.

Now if we only had a way to track back these mentions we could potentially credit those original creators, right?

Credit where credit is due?

The idea of crediting (and rewarding) creators is one of the promises that Web 3.0 claims to hang their hat on. However, I’m a bit skeptical for a few various reasons. I wrote about some of these reasons in a twitter thread here.

When it comes to NFT’s, Web 3, and Fandom - I’d argue we’re not looking enough into who is creating the trends + who is actually profiting off of them.

We *must* be wary of culture exploitation - especially in fan-driven universes.

First and foremost — the trends that are currently being crafted are trends that have already been exploited. Can we go back and reward the original fans that populated the use of the phrase May the Fourth? Not likely.

Oftentimes, these trends are developed in collaboration, as part of a fandom or fan community which inherently requires group interaction and co-creation. Fan labor is a product of participatory culture which means that one is creating this through participating with other individuals.

Web 3.0 — well your wallet points to one individual, and documentation and governance that rewards multiple individuals instead of just a few is quite limited if not present at all. Heck, even finding a good example of Web 3.0 documentation or a concise definition is difficult enough.

Say you do create some sort of Web 3.0 institution or structure designed to reward these creators. Does it inherently reward them? Mel Stanfill and Megan Condis covered the concept of exploitation in their article Fan as/is labor.

“Fan value creation—in terms of meaning, loyalty, commitment, and promotion—is not new, but industry recognition and encouragement, as well as the contemporary expansion of monetization, are. The contemporary era has seen technologically enabled visibility of fan practices that in many instances existed before current media technologies”

As we look at the future of Web 3.0 — or heck look at Web 2.0 — or any other technological advancement that would allow for fans to generate profit, we must slow down and think about who at the end of the day is profiting.

Surely — fans in some situations are profiting but how many “fans” are in the game now purely for profit and not just the act of fandom in the first place? And how many platforms receive a cut of the fan labor?

Fandoms don’t subscribe to the same capitalistic norms that brands or marketing activities do. Brands can facilitate fandoms, and provide fuel to the fire of an organically created fandom, but a fandom at its core is a loosely organized group of individuals sharing a similar passion.

Stanfill and Condis sum it up well — highlighting one of the bright spots of not just fan labor, but humanity.

“The light side is the work fans do for each other.

Fans produce wikis and episode transcripts, allowing a depth of knowledge and engagement with objects of fandom that industry products alone could never satisfy.

Fan work also produces things for other fans more concretely, as can be traced in the dedications and shout-outs appended to fan artworks.

Perhaps most importantly, fan work creates fan community—fandom itself—through the production and maintenance of affective ties. Calling this work "work" opens up appreciation for the skills involved, much as with feminist insistence on care work as labor (Arber and Ginn 1995; England and Folbre 1999; Hochschild 1989).

The labor framework provides a powerful way to value what fans are doing, in contrast to the dismissals that have long attended fandom. If industry has not framed fan action as work to avoid payment, then the pleasure framework sells fans short vis-à-vis what they do for each other.”

At the end of this all — these fan works are created to facilitate connection and belonging. And isn’t true connection or belonging a little more important than a branded tweetstorm these days?

Join me as I study fandom + build a shareable resource for everyone to learn from! Subscribe below or follow along with the guide here.

Readings on fandom that I'm a fan of

Blue Skies Again: Streamers and the Impossible Promise of Diversity
By Kristen Warner for the LA Review of Books

"Put simply, if there ever will be a revolution, the only way it would be televised on streaming is with the same kid gloves and facile gestures that broadcast would have facilitated. The only difference? An amazingly intimate social media campaign that treats a mirage of radical change as if it were real. I mean, who doesn’t want to be friends with the Netflix Twitter handle?!

Here’s the thing: emerging media are often saddled with social expectations of meaningful change because of the possibilities these platforms seem to offer to democratize content and serve audiences with stories and characters similar to themselves."

I became an influencer as a joke, then it nearly broke me.
By Bella Younger for the Guardian.

"The first time I realised that my online and offline self had become one was during a meeting with a production company. Two ecstatic producers had ushered me into a meeting room, giggling like schoolgirls. “We’ve got a surprise for you!” they squealed. “We’ve put on a Deliciously Stella spread!” An anxious runner tottered in with a tray. It was overflowing with confectionery. Haribo fried eggs, fizzy laces and Sprite. A diabetic death at 9am. “Would you like a coffee or a green juice?” they asked, with a nudge and a wink. I reached for the Sprite and laughed. “You know me so well!” The Sprite soured as it hit the dregs of that morning’s toothpaste. “We just love you, because you’re so real.”"

Who are the people in the trend pieces?
By Ryan Broderick in Garbage Day

"Yes, cultural trends still happen and it’s worth writing about them, but the days of some kind of top-down cultural consensus are over. We’re also no longer in an era of randomly viral chaos — our former Gangnam Style world. Instead, we live in bubbles and those bubbles have influencers and identities and content cycles. The Billie Ellish stans might love her new hair, but the Lana Del Rey stans might think she’s cheugy, while the BTS fans think it’s lame to call things cheugy." 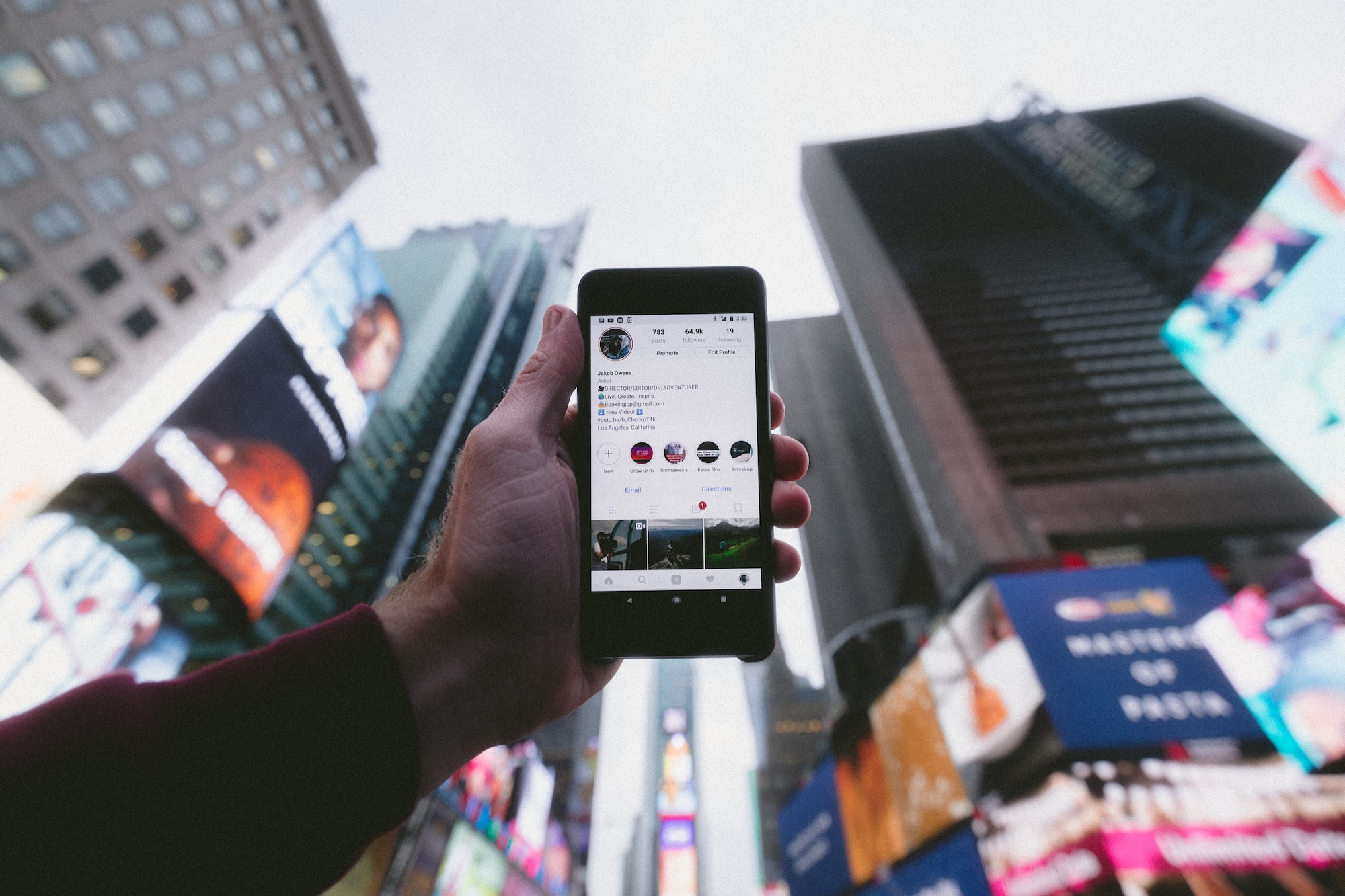 Moving beyond the Parasocial — Fandom Communities 003

Parasocial relationships drive you to buy that thing, influence you on the vacation of your dreams and even dictate trends, and evolve into businesses of their own. How can we dive past this?
Oct 12, 2021
6 min read
Sep
21

When I was studying fandom in graduate school — it was often reiterated, fandom is a verb. In order to participate you must do something. This is not dissimilar from communities either — to truly belong to a community, you must participate in some sort of action. And action — is driven by passion.
Sep 21, 2021
4 min read