For many, our goal online is to appear relatable, approachable even. It’s the reason celebrities like Chrissy Tiegen, John Mulaney and even Ben Affleck at times have all been called relatable. The early 2000’s were filled with gossip columns highlighting the fact that Celebrities are in fact just like us.

With the rise of social platforms, we lost some of the need for paparazzi + gossip columns, we only had to login and scroll away, taking in a peek of the perfectly curated aspects of celebrity lives in a very human way. The more realistic, and relatable their lifestyle — the more we bought into it.

Welcome to the explosion of the parasocial relationship.

Our online platforms have only drove an increase of access to those who we adore and put up on pedestals, came the rise of the parasocial relationship. A parasocial relationship is a one-sided friendship that we often perceive to have with someone we follow or subscribe to — which has hit this sort of mass popularity with the explosion of the creator economy.

We “know” someone from a social platform — but we likely have never met them in-person or have had any sort of conversation with them (other than one in the comment section of a public forum, maybe a DM or two), nor could we tell you what their favorite food is or what they like to do off-camera. And if you’re lucky enough to be DMing the actual creator — oftentimes you’re actually talking to an assistant or strategist for them.

Parasocial relationships drive you to buy that thing, influence you on the vacation of your dreams and even dictate trends, and evolve into businesses of their own. But what happens to these parasocial relationships in a world where platforms are starting to prove themselves unstable? How can we dive past this in order to foster true connection — and friendship — deeming algorithms unnecessary?

The perception of friendship derived from parasocial relationships and the algorithmically-fostered connections that we have, allow those who actually take the time to foster relationships to rise to the next level — something that will become even more important given social platforms increasing instability.

Everyone wants to feel heard, loved and supported in the world these days, and only more so during a pandemic which drove many of us to be only more online, or even log online for the first time.

Artists, creators, musicians, and actors have all leveraged this desire for connection that arose during this time for their own benefit. No longer relying on previous models, there is a pipeline created directly not only into someone’s home, but directly to someone’s cell phone.

We get a peek into Britney’s dance moves, family drama + partial nudes, connected on a Friday Wine Hour with a Sister Wife, and in a fandom I participated heavily in as a teen — we saw Lily Allen become ubiquitous on Myspace (and yes, my profile song was definitely from Alright, Still).

This perception of closeness isn’t driven by an authentic desire for connection — but rather out of a desire to provide the perception of connection. We know that if fans feel strongly connected with the object of their fandom — they’ll likely spend more money, time and effort towards the fandom. Additionally, since fandom is an inherently social activity, offering more ways to participate and fueling the fandom will only further drive more fans to join in.

As The Future of the Sports Fan tells us — offering new models of connection is a massive revenue generator.

“If you're a sports team or an athlete, you want fans to identify with you because that's where the money is.”
— Dr. Daniel Wann, Sports Fan Psychologist in Future of the Sports Fan

This isn’t anything new — PT Barnum set the origins for how we connect with our fans today.

While now dramatized in the movie, The Greatest Showman, PT Barnum (and Jenny Lind for that matter), are real people, with real lives who actually wrote the playbook for many celebrities and promoters today.

The public enthusiasm and desire for Jenny Lind was very much manufactured — as historian Bluford Adams writes in E Pluribus Barnum: The Great Showman and Making of US Popular Culture, Barnum crafted a public persona for her as well as many of his other “living curiosity” exhibitions.

In comparison to the average individual, Barnum and his acts lived life in the public — the very public — continuously writing press releases and encouraging patrons to follow along his journey. Barnum wasn’t always known for telling the truth, but he was definitely known for putting on a show. Through mindfully crafted talking points and appealing to the curiosities of both the everyday man and the scientific, he crafted gatherings that appealed to a wide range of people.

If we consider the case of Jenny Lind’s promotion, specifically: she was never described as quite the exceptional musician, but rather, described for her feminine virtues such as generosity and charitability. This created fervor — she was the everyday celebrity of the time period, accessible, and ever so slightly aspirational — much like the celebrities of today.

PT Barnum also birthed the roots for another popular marketing tactic: merchandise. Selling Jenny Lind hats, photographs, and signatures alongside her tour. (Fun fact — you can view some of this merch on the Lindomania site supported by UVA’s American Studies).

Through crafting celebrity — and making it accessible to the masses — PT Barnum birthed the roots to the parasocial relationships that we have today.

Moving beyond the parasocial.

I educate on the topic of community in my day job, and find myself using the phrase “are they a Twitter friend, or a real friend” a lot. This phrase is a challenge to community folks and anyone who works in the world of audience engagement — how are we building relationships for the sake of relationships, not just so we can grasp a better understanding of what we’re doing?

Moving beyond the parasocial relationship requires 1:1 conversations; it means less automations and processes and “fan activations”; it means a larger investment in authentic events and community-driven solutions, not crafted press launches and media days. It means building and creating in a way that puts people at the forefront of these movements.

While this seems difficult at first, approaching the world of fandom through a more authentic lens also acts as an act of resistance against the inherently capitalist desires that many folks working in fields of media, audience, and community often succumb to. Let’s stop trying to sell, influence, or curate people into boxes, and rather build a more sustainable future.

Authentically building relationships future-proofs you against platform changes, the influence of algorithms, and any other unprecedented events.

Most importantly — finding ways to facilitate and foster friendship not only in your own life, but in your day of work will always be a good thing to do. ✌🏻

Join me as I study fandom + build a shareable resource for everyone to learn from! Subscribe below or follow along with the guide here.

Readings on fandom or that I'm a fan of

The pandemic changed how I felt about gaming
By Joshua Poh

"Maybe it's that feeling of total immersion that we crave. When was the last time you felt totally carried away in an activity? When your notion of time and space falls away and all you have is the activity in front of you? It's those moments when you look up and it's been three hours, even though it felt like a mere half an hour.
That state of total concentration and flow - that's what these vast open worlds create for me. And it's a wondrous feeling.
When the real world is constantly shifting from the pandemic, sometimes you desire a bit of control and stability. Playing a video game allows me to control a character; with the autonomy to decide how I move about and interact with the in-game world."

A primer on the parasocial economy
By Fadeke Adegbuyi and Yash Bagal for Every: Cybernaut

"In thinking about this more, I’ve come to believe that this phenomenon is central to the creator economy. Within the creator economy exists the parasocial economy, which serves as a key engine and core reason for why money flows through the creator ecosystem. In the absence of fans who form parasocial bonds with the creators they follow, the drive to pay for content and, in turn, support creators financially, would be diminished."

How should we think about the language we use while building community?
By Rosie Sherry

At the heart of this community builders and businesses need to embrace the fact that community has different outputs than marketing.

We need our own strategies. Our own ways of doing things — ultimately, we need to feel confident and comfortable in our own skin. 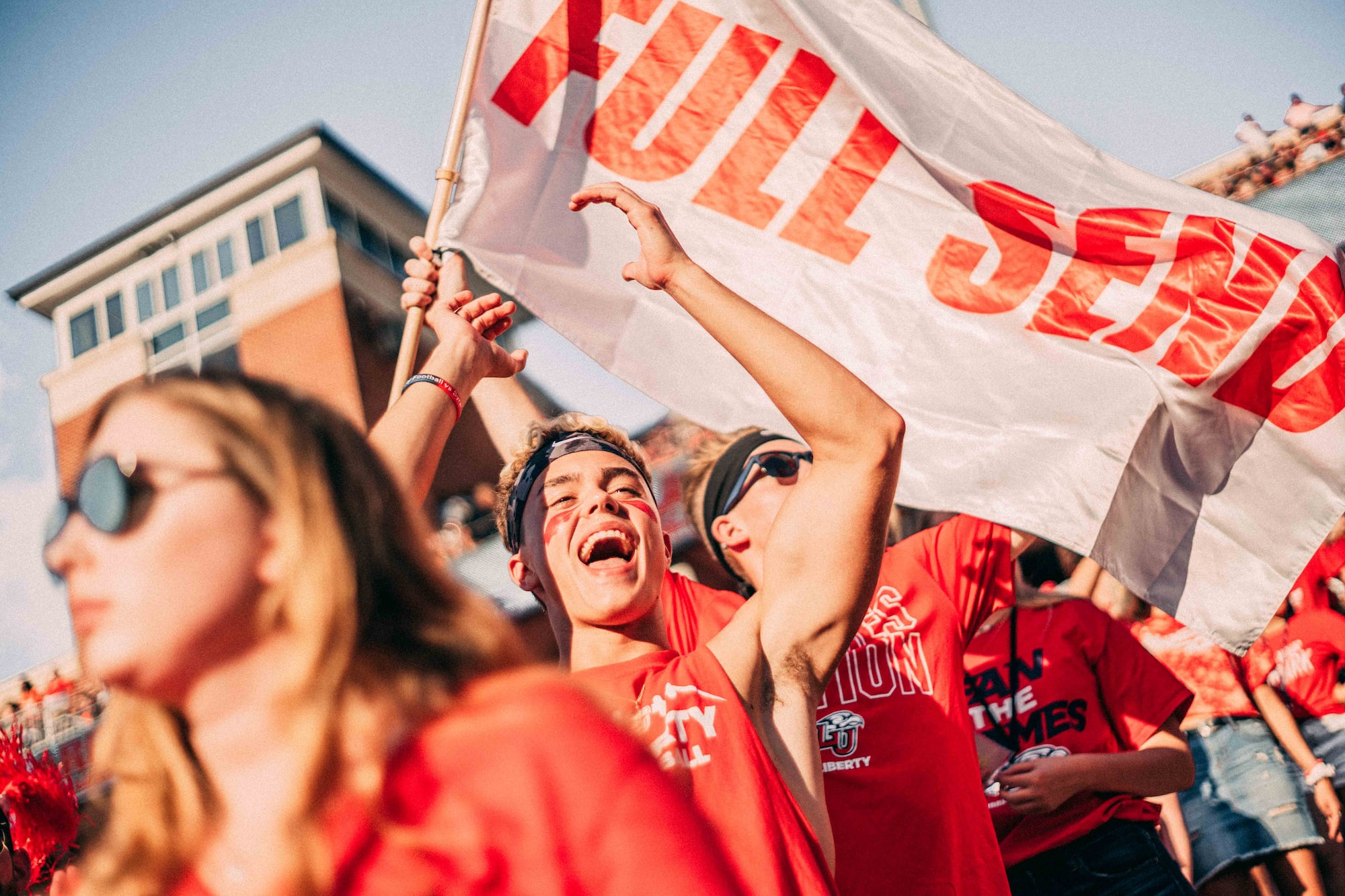 Fans, at their core, are producers. What does this tells us about the ethics of fan labor? — Fandom Communities 002

However, with the rise and popularity of web 2.0 and 3.0, this fan labor is ripe for exploitation, with the original creators no longer receiving the credit, opportunities, or financial income generated from this fan labor.
Sep 28, 2021
7 min read
Sep
21

When I was studying fandom in graduate school — it was often reiterated, fandom is a verb. In order to participate you must do something. This is not dissimilar from communities either — to truly belong to a community, you must participate in some sort of action. And action — is driven by passion.
Sep 21, 2021
4 min read